Showing posts from November, 2015
Show all

25 Images To Show How Creative Indians Can Be 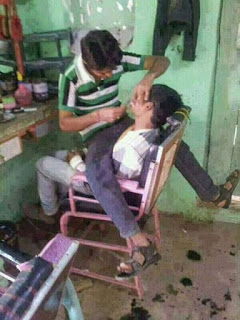 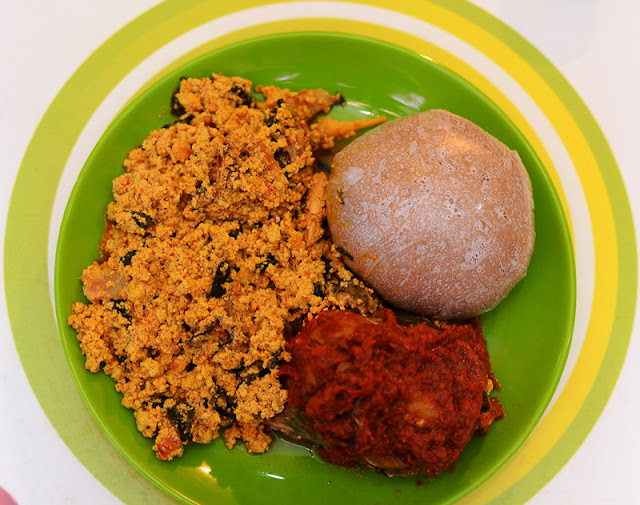 Father of 19-year-old Lauren Davis, Tennis world No 70, Dr William Davis, a cardiologist who wrote a foreword to Novak Djokovic ’s book ‘Serve To Win’ , has written broadly about the health dangers of eating modern wheat - which he considers the product of “genetic manipulations by geneticists”. African chefs, seeking to replace more starchy staple foods with wheat should find this disconcerting. Ulcerative colitis, acid reflux, abdominal stress and rheumatoid arthritis are some of the problems eating wheat can cause as identified by Dr Davis. As if those three are not bad enough, he adds that wheat can lead to paranoia, schizophrenia and autism. He says that eating wheat “has the potential to cripple performance, cloud mental focus, and bring a champion to his knees”. A second glimpse at Novak Djokovic’s trending diet-of-a-champion reveals a deliberate exemption of this silent health slayer called Wheat. Meanwhile, medical studies are on-going to determine if Wheat also ca
Post a Comment
Read more

The Diet That Has Made Novak Đoković World Number 1 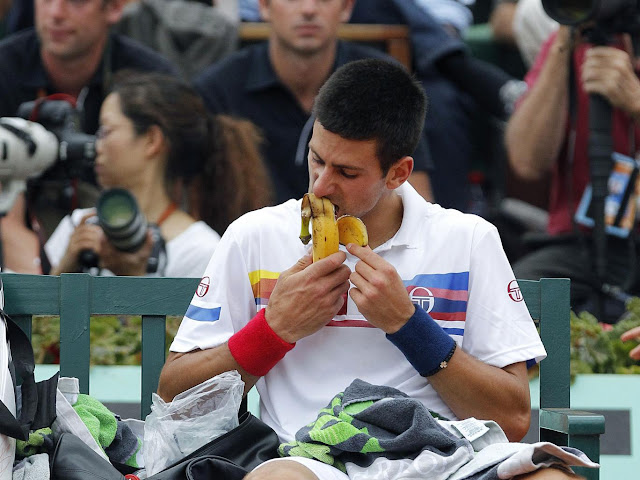 Photo by AFP Novak Đoković rules the world of Tennis. But his has not been an easy career journey, no thanks to health crises that frequently interrupted his games. The crises then would manifest as breathing difficulty, with suspicions of asthma; violent vomiting, and weakness. In the match against Gaël Monfils at the US Open in 2005, he famously took four medical timeouts after running out of breath. In the same year, earlier he had taken the first set against Guillermo Coria at the French Open but retired in the third because, he says “my legs had turned to rock and I couldn’t breathe”. He has however come from recurrent health crises to an unwavering topnotch performance, combining speed, power, aggression and amazing resilience, many times powering through matches that have lasted several hours as he played against earth’s bests. The secret: A change in eating lifestyle , with focus on a stringent diet regime, as revealed in his recently released book ‘Serve To Win’
Post a Comment
Read more 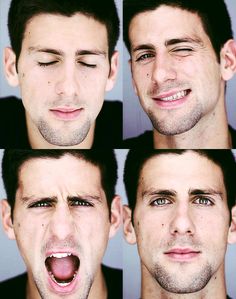 Unlike most celebrity, Novak Djokovic knows he cannot afford to live loose. He adopts an amazingly rigid lifestyle, to retain his form and fitness at the zenith of the Tennis World. It seems he has required such personal stringency to keep his name among Tennis all time greats. Besides his screen-friendly disposition, multilingual ability, sense of humour and Orthodox Serbian Christianity, the tennis star’s off-court lifestyle features a fascinating eating habit. The tennis star is known to be very particular about when and how he eats. He buys organic food wherever he can and cooks almost every meal himself. When on tour, he tries to stay in hotels that can allow him make use of their kitchen. He begins every meal after having said a short prayer, although not to any specific god, but just to keep his mind reminded not to take food for granted. He then proceeds to eat at snail's pace and on purpose. As a personal principle, he does not watch TV, or use his mobile or comput
Post a Comment
Read more
More posts