Banana Island; A State Within A State? 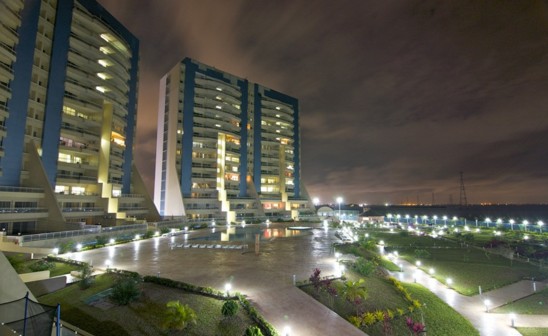 It will cost you a minimum $103 million to buy an apartment at Pollock’s Path, a residential area in Hong Kong, where A-list Chinese Actor and Movie producer Stephen Chow (director of Kung Fu Hustle and the Mermaid, China’s biggest movie ever) and HSBC brass live – the world’s most expensive neighbourhood; with price increasing at over 10% every year.
Since Prince William and Princess Kate moved in, the cost of property in Kensington Palace City, London started increasing yearly at about 2%, but it will still cost you a minimum $195 million to buy property here – Europe’s most expensive real estate.


Africa’s most expensive neighbourhood is arguably a 1.6million square meter piece of real estate in Nigeria. It has not (yet) been named a political entity, but the residents have a Local Government of their own. This cluster of administrators oversee the area, providing taut land-marine-security, electricity delivered to you via intricate underground wiring, healthcare, potable water supply, neat drainage, central sewage system and treatment plant and other high-er brow amenities - to a quality second to none of its African matches. Welcome to Banana Island. 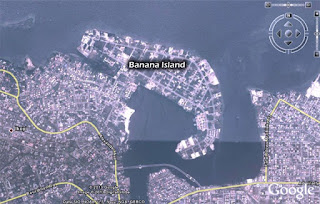 Built by Hi-Tech, a subsidiary of the Indian Chagoury group, this artificial island was originally meant to be a residential area, but top Businesses have lately been moving their corporate headquarters here. Along with these are neighbours from over 560 nations; Azerbaijan, Egypt, India, France, Turkey, Jamaica, Ghana, Kenya etc.And you’d be living next to Iyabo Obasanjo-Bello, Mike Adenuga, Alhassan Dantata...


Streets are all well paved and the lawns constantly manicured. Roads are not built with asphalt but with carved stones. If a street bulb went bad, it is changed within hours. Trees are planted umbrella shaped, to provide you both shade and Oxygen. Their own 'Keke' is more of a light passenger vehicle than the rickshaw that Nigerians have to contend with.
Being sited within Nigeria means you do not have 24 hour electricity; but the Island is working out an IPP to enable them go ahead in that aspect.
On this island, accessible via Lekki, you do not buy property in Naira. And you may need at least $2million to pay for a 3 bedroom apartment. That is N800million as at today. If you would rather rent, you will pay between $70,000 and $150,000 per annum, with a service charge of nearly $20,000 and a non refundable 2 year rent advance. That’d be about N128,000,000 for your first two-year rent, if you’re paying today.
This city presents a brand new world as you access it through the chaotic commercial city of Lagos. Here you do not drive against traffic, and if you bring Lagos with you, the security have their authorized way to prune you, whoever you are. 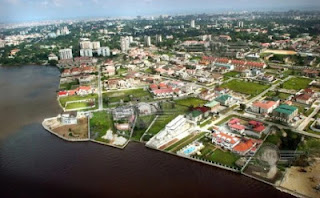 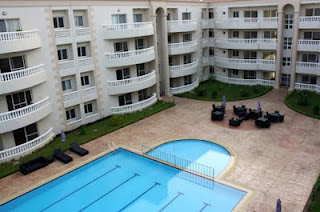 They do not have any religious building in all its territory; no church, no mosque is on the island. Rather, they promote intercultural interactions with their own cultural fiestas featuring acts, foods, craft and fanfare from the over 500 cultures of the world represented thereon.


Banana Island is fast becoming an international real estate selling point, as the district continues to distance itself from Nigeria, Nigerians cannot help swinging between frustration with topsy-turvy life in Africa’s most populous nation, the fantasy of freshest air on Banana island and imagining it to be a state within a state.