"Why We Won’t Split, Like Psquare" – Twin Gospel Artistes, Davasol 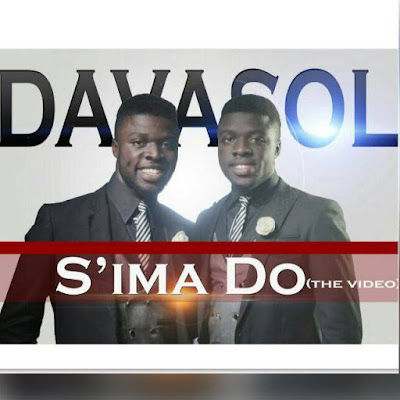 All twins go their separate ways, especially if they are celebrity. Psquare have finally cracked up; but Davasol believe theirs is a divine connection that will also be endless.
Ahead of the release of their long awaited debut music video, they granted interviews to select media, and naturally, the question of their twin connection in light of the high profile but infamous split of Psquare came up. They had stern responses to it.
“I don't really follow them, outside the fact that there are twin, I don’t model in anywhere after them.. But they are great artist and wonderful duo.
We are not just biological brothers or another set of twin, but we are destiny partners. Whenever I minister with my brother, even me I feel unusual ease with the anointing. So God wouldn’t have brought us this far to leave us. Therefore my dear friend as long as Christ tarries ‘Davasol dey kampe’... Nothing shelle’”
A possible reason for this seemingly unavoidable phenomenon especially in the music industry is also industrial. Davasol rightly captured this further;
“We have one aim, to minister not just perform. We are after the souls not too much after money, we are both good at different angles so we use it to complement each other not compete.  So with this I believe nothing can separate us, for as long as God will tarry.”
The S'ima do video tells a genuine story of the unconditional love of Christ and for the duet-Davasol (David and Solomon) who pour every ounce of themselves into music and who have had their share of the love-of-God testimony, there’s no other story they could’ve told by them.
"S'ima do is a message in the form of rhythm and melody. So for us, God's love is the best worship song and the greatest story we can ever sing" David siad.
The charming twosome have copious similarities which makes them severely identical; their distinct trait is expressed in the video where David, the conservative and more creative one decides to take the lesser  role while Solomon, the more jovial, dramatic and emotional one took the more demanding role. "I'm a better actor than my other half, David. I enjoyed running around as a kid while he was busy getting shy.” Solomon said.
“Meanwhile, the story is fiction and we’re just trying to put out real life experiences into the music." He added.
The duo began their journey at a very early stage, starting out as worship leaders and they’ve been doing music always together.
To see the S’ima do video, click on the link below.
https://www.youtube.com/watch?v=L5PNZ2URYb0