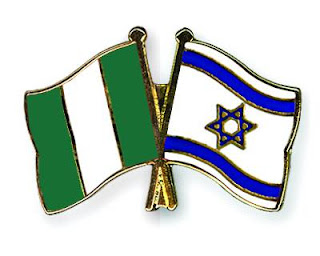 Between Israel and Saudi Arabia, which country should Nigeria and West African neighbors be closer to given a common security nagging concern we all have? What has Saudi offered us other than pilgrimage? The same cannot be said of Israel, can it? What then is this unspoken diplomatic dispreference  of The Muhammadu Buhari administration for Israel, a country that World powers run to for scientific, technological and security solutions? It does not matter your politico-religious affiliation. Go for it as long as it pays.


Here's what Victor Oladokun, a leading Nigerian International media consultant, has to say.

Thanks to diplomatic road blocks and the Nigerian Government's political foot dragging, the proposed meeting later this year between Israeli Prime Minister, Benjamin Netanyahu, and the 15-member nation Economic Communities of West Africa, (ECOWAS) during the annual summit in Nigeria, is in jeopardy. For the meeting to hold, Nigeria must sign-off on it. So far, its been met with indifference in Abuja.

Considering that one of the driving forces behind the current surge in Israeli-African ties is the concern many African countries have about Islamic militancy and terrorism, and their interest in wanting to learn from Israel’s experience about how to protect their borders and ports of entry. It is ironic actually that Nigeria – a country plagued by the terrorism of Islamic State-affiliated Boko Haram – is posing an obstacle to Netanyahu taking part in the summit.


Since Nigerian Independence in 1960, Federal officials have consistently made political and religious accommodations with Saudi Arabia, home to Mecca and Medina, the birthplaces of Islam. This is understandable given the large number of Moslems in Nigeria.
What many have a problem with however, is the attempt by successive governments, to make rapprochement with Saudi Arabia the 'official' policy of Nigeria. This country of 180 million people is split 50-50 along Islamic and Christian lines. Millions are tolerant of but not necessarily enamored with Saudi Arabia, a country that Nigeria has gained absolutely nothing from in terms of economic, social, scientific, or infrastructural development. NOTHING. Nada. Zip.

A few months ago, President Buhari signed on to a vague Saudi-backed anti-terror coalition. Even though many were concerned about the rules of engagement and scope of this new coalition, they held their peace.
In the interest of our Nigeria's multi religious faiths and political world views, it is hoped that President Buhari will not allow a pro-Saudi and pro-Islamic bias to get in the way of the meeting happening.

From a security and economic perspective, Nigeria and ECOWAS have much to gain from this meeting. Aside from that, there are millions and millions of Nigerian Christians who would like to see closer political, economic, military, educational, scientific, and cultural ties between Nigeria and Israel. This is in the same manner that millions of Nigerian Moslems, have a religious, cultural, and political affinity for Saudi Arabia.

At the end of the day, in the new Nigeria that is forming, we cannot, under whatever guise, be seen to favor Saudi Arabia at the expense of Israel for geopolitical and religious reasons.

I hope reason prevails ahead of the ECOWAS summit. In the event that it does not, Togo has already offered to organize a regional summit of West African leaders in the Spring of 2017.
Here's to reason and closer Nigeria-Israel bilateral ties.