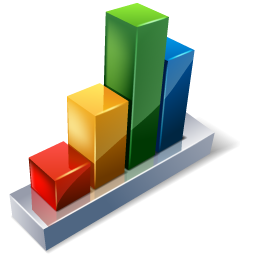 Akwa Ibom State has gone beyond debates on the functionality, or not, of the Poultry hatchery at Mbiaya Uruan. An assessment tour with the Commissioner of Information and Strategy, earlier Friday, confirmed that the State’s signature poultry project does a lot much more than sell day-old chicks.

WHY THE HATCHERY
The Udom Emmanuel led administration inherited a project site that was designated for a poultry hatchery facility. According to the Senior Special Assistant to the Governor on Technical Matters and Due Process, Mr. Ufot Ebong, who was also on the tour;

“On the swearing-in of His Excellency, May 2015, he had promised industrialization. Afterwards, he actually informed his aides that you cannot hang industrialization on nothing. You must provide the raw materials. That’s where he came up with that statement “all you need is all you have”. By March 2016, we were able to get an investor from Ethiopia, Prime Poultry. They came in and we were given marching orders to get this thing up and running”.
“We found out that the entire Eastern part of Nigeria got day old chicks from the Wes. Even farmers from the far North-Eastern corner of this country received those products flown to them. We said, if we have this big hatchery that can produce 230,000 day old chicks per week, that we can supply the entire eastern Nigeria, north to south; and that’s the target.”

THE BREEDER FARM
At the start of the factory, according to the General Manager of Akwa Prime, Mr. Yakubu Bala, the hatchery had to buy eggs from the Western part of the country, which were brought down to Akwa Ibom, hatched and sold as day-old chicks.
The Government resolved to construct a breeder farm complex, for raising breeders, commonly called Parent Stock. The temporary breeder farm structure has several 60 by 30 feet floor space structures being built. Already, an entire block and several other sections are in use as pens housing over 20,000 layers, broilers and cocks, as at time of research.

THE OFF-TAKERS SCHEME
Excitingly, research revealed that the largest number of off-takers in Eastern Nigeria came from Akwa Ibom State. This meant that we also had the largest and nearest market; all we needed to do was to create in-roads for sales. The Akwa Prime Off-takers Scheme took off, based on this.
In simple terms, Mr. Bala puts it as; “contract farming. I tell you I want chicken, you grow them for me.” Poultry farmers in Akwa Ibom no longer have birds waiting to be bought.

15 hectares of land has also been allocated to an investor to build the permanent breeder farm complex.  This portends absolute independence of the State and regions nearby from Western poultry farmers.

HOW THE GOVERNMENT IS INVOLVED 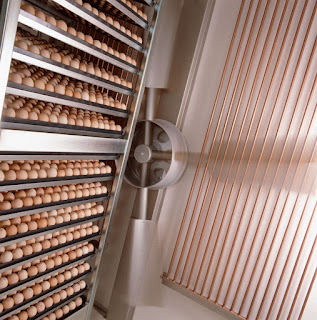 When asked what the agreement between the State Government and the Ethiopian investor looks like, Mr. Ufot Ebong, who also revealed the full involvement of the Ministry of Agriculture in the execution of this project, had this to say;
“We have equity participation. And most importantly, our agreement ensures that our people are employed here by up to 90%. There is no interference from government, but we have auditors that will check the books at the end of every financial year to ensure that the State’s part of the equity has been remitted. We check that they have honoured the MOU they signed with the Akwa Ibom Government to employ our people; good jobs, not slave labour.
So we’re not going to interfere with any investor coming to do business, after all we have never hatched eggs; we don’t know how they do it. It stops at our equity participation”.
Mr. Bala supports that assertion thus;
“I’ll confidently say that 93% of the staff here are Akwa Ibomites.  It’s even an employment rule that; “look where are you from?” before you’re employed. The breeder farm manager is from Akwa Ibom; in fact virtually all the managers are from this state.”

HOW EFFICIENT IS THE ENTIRE SCHEME?
The General Manager emphasizes the techniques employed and regulations observed in the entire hatchery project. Firstly, the enforcement of Bio-secure zones, which prohibit visitors and especially unsterilized personnel from physically accessing the breeder pens, to the absolute prohibition of access to the incubating section – greatly reduces the risk of the breeder getting infected with the risk of deadly disease passing on to the day old chicks hatched from their eggs. It prevents fatalities too.
“We’ve not had even one mortality; I can say that with authority because they’re under my watch. Our customers comment that the birds are strong, so that even when they have not been sold for a day or two, they still thrive. The product is our pride”.
The establishment of the breeder section has greatly saved poultry farmers the cost, time and stress of travelling to Ibadan and other western cities for day old chicks. In time past, it was revealed also, the greatest problem faced by poultry farms in the State was the availability of buyers, but the Akwa Prime out-grower scheme has gone to solve that problem, thereby shooting up the number of poultry farms currently operating in Akwa Ibom State.
At the moment, says the General Manager; “the establishment even has a problem of shortage of products for the market. “We have a wider market in Akwa Ibom here than outside. My sales manager has had to recently delay treating an order from Owerri, asking the buyer to hold on for two weeks.” He said.
At present, the hatchery produces 10k to 20k per week. The volume of day old chicks lifted from the hatchery has gone up from 35,000 tonnes per week to an average of 60,000 tonnes leaving the hatchery per week.

BENEFITS TO ASSOCIATED INDUSTRIES
Mr. Bala showed the tour team to few bags of waste matter remaining from sales. Vegetable farmers, including Benny farms - one of the benefits of the State’s Tomato cultivation programme - have become off-takers for the bags of animal waste.
The carpentry industry has also been impacted greatly. The proliferation of poultry farms has increased demand for wood-shavings, a product that carpentry workshops did not know, prior to the time, could fetch them revenue.

THE FEED MILL
Research reveals that several agriculturalists had attempted to set up feed mills in the state to produce to commercial quantity, but none was sustainable. Mr. Bala lends a conclusion as to a major cause of such failure:
“They did not have the depth of consumption to compete with the bigger millers”, he says.

OPPORTUNITIES FOR MORE BUSINESS
In order to have raw materials for the feed mill, Akwa Prime factory has extended the out-grower scheme to maize farmers in the state. In simpler terms, if you can plant maize, the feed mill can buy it off you. Mr. Bala revealed that the company has designed a contract for two maize farmers in the state. They will be the pioneer maize out-growers.
The scheme is also in need of out-growers for soya, palm kernel cake, bone meal and other raw materials needed at the feed mill.

AKWA-PRIMO MEAT
The hatchery Facility rears breeder chicken, manages the process of laying hatch-able eggs, incubates and hatches; sells day-old chicks - and even extends to the management of a feed mill and the out-grower scheme, but there is still more. It also packages poultry meat products for sales to end-users.
The tour went through the preparation, preservation and packaging section for meat. There are refrigeration rooms that preserve prepared and packaged meat at -170C. These packaged products are sold to malls, supermarkets, dealers and end-users.  Stone-cold, the products can survive, sold for days without decaying and without need for addition of preservatives.

MOVING FORWARD…
Mr Bala says that by middle of next month, the hatchery section will double in production capacity. And, according to him, it will continue like that till the last pen, still under construction, is ready for sue.
“Between now and end of the year, we should be approaching the threshold of our capacity, which is over 200,000 day-old chicks per week.

Noted Figures
230,000 – Targeted capacity for hatchery production
20,000 – Day-old birds sold weekly
60,000 – Weight in tonnes of products bought by off-takers weekly
93 – Ratio, in percentage, of Akwa Ibomites in the staff database of Akwa Prime
17 – Temperature, in Degree Centigrade, at which Akwa Primo meat is preserved at the Akwa Prime complex

-------------
Uduak Umo is a PR Strategist and Public Interest researcher. He wrote this piece from Uyo, Akwa Ibom State. Find him on Twitter via @UdyUmo; Facebook.com/Uduak.umo and linkedin.com/linkuduakumo
Development Economy Opinion