Showing posts from August, 2017
Show all

Hey there, we are at Alabasker Fask Nig Ltd; a fuel station where you can buy fuel and pay using POS, here in Uyo, Akwa Ibom State.
The Jabborro PR team were out on a research drive when we stumbled on their offer: FREE fuel for buyers on Wednesday August 16th at their fuel station at Mbierebe, along Aka Etinan road in Uyo. When you buy 4 litres, you get 1 litre free.
They're also offering light refreshment alongside. The bonanza is to mark their 1st anniversary.
So, fly down to Alabasker Fask. You'll find the fuel station on your left when you drive in from Aka Etinan...
Before we forget, they also offer Cash back services, where you kinda withdraw cash from them.
Enjoy the value added services...
Call Engr Simon Fernandez on 08133830030
Post a Comment
Read more 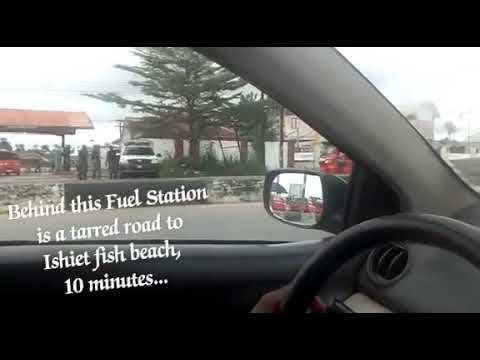 This video takes you to what we call a hot location selling at low price; right in Uyo.

Prevailing price of land along Oron road, going to the International airport, is N4,000,000 at least - and for a plot of 470 square meters. We are selling plots of 500 square meters at N3,500,000. If you're buying more than one, we offer a discount.
Plus, you can even pay in installment. 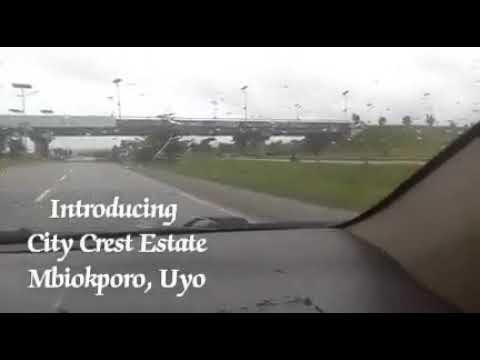 This video captured a trip taking you from the Goodluck Jonathan Blvd, shows you the Abak road flyover, the Godswill Akpabio international stadium, and then to the site of the City Crest Estate land where several plots have been sold, and which you should buy as well.

This property will cost you just N730,000 to acquire; 500 square meters. N700,000 is actual cost of the land, while N30,000 represents costs of registration and the consultancy fees.
Prevailing cost of land in the area is at least N800,000. Ours, named City Crest Estate, is the most competitive. Patronize us therefore...

Below is a snapshot of the layout as approved. Don't be scared by the Nsit Ibom LGA you see there; the place is administered by Uyo Capital City Development, although geographically, it is in Nsit Ibom LGA.

AKWA IBOM STATE GOVT LODGE AT LAGOS: WHOSE PRIORITY SHOULD BE NO.1? 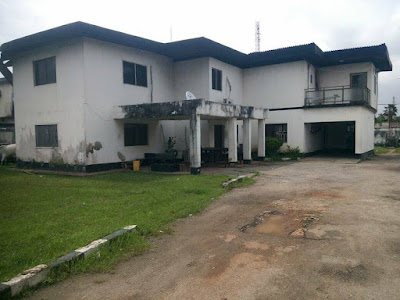 Well, I try to keep quiet, study reactions, explanations, opinions b4 commenting on a controversial topic. Hence I've been silent on the issue of the AkSG Lodge at Lagos.
It is now known that 1.2bn naira, per the HC of Info Charles Udoh, has been 👂-marked for the PROPOSED project.

Note: proposed. Meaning, the idea could still be mooted, could still be discarded if further analysis disallows it.
Now, God forbid the budgeting of N9bn (or anything close) for a project of that level of priority. And, thank God the N9bn report was fake news.
I mean, don't we even notice that, under Udom, we don't get to hear humongous sums mentioned against projects in the state as in time past? Could this be why some beneficiaries of past administration are becoming opposition to Udom? Topic for another day...

Let's talk about Priority. What we'd all love to have would be:
- An Akwa Ibom that pays gratuities and pensions as and when due,
- pays salaries b4 time,
- …
Post a Comment
Read more 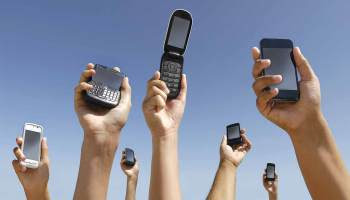 9Mobile has already begun to spend in 10 millions of Naira advertising their young (not so young actually) brand. They're singing their own praises before there's a chance to prove what they can do differently. This is the point where actual PR and Advertising part ways.
In the ideal sense, or even near-ideal, your Marketing budget should allocate more to designing excellent service quality and far less to advertising. Then spend very little to directly connect with your customers; give some time to your consistency and you'll be everywhere before long ctsy of free advocacy by happy customers. Time for advertising would later come. This is a formula I will choose not to detail in an article.
There is a level of aggression in advertising that a company embarks on I becomes what I call desperate self-aggrandizement. It's either they have access to near-unlimited investment capital or they have something sinister they're paying to keep concealed. It could…
Post a Comment
Read more
More posts