The Tomato Nigeria Will Get From Akwa Ibom In 2 Months 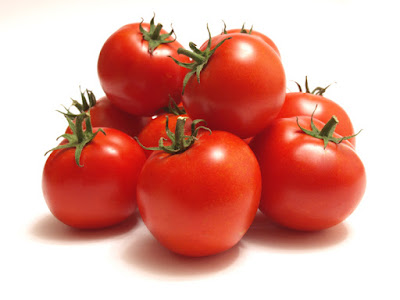 In December2015, I had a close meet-up with Sir Goodluck Etom Obi (KSC), Chairman of GateGold Nigeria at MMA, Lagos. I discussed with him the prospects of investing in Akwa Ibom State; and he shared with me his experiences in other places as one of the nation's top tin tomato manufacturers.
As I expressed my concerns about President Buhari's Economic policies, the lack of them (pardon me) or maybe the lack of public awareness of them; he took the time to walk me through the President's activities in the development of the Economy at the grassroots, as he knew it. He shared the challenges facing the Federal Government's programme to intervene in several sub-sectors of our Agric Super-sector, citing one commodity for an example; the red tomato used in making the tomato paste.
"Do you know that the tomato we plant in this country is not suitable for canning?" He pressed into my bewilderment. I could not fathom such backwardness, but of course that is a Nigerian fact.
In an unpublished forum with the President and his economic advisers, my big friend, Sir Obi and his fellow industry leaders had intimated the federal government that it would take a federal level mega project to initiate at least one farm for planting this very specie of tomato, which will be big, red, bubble fresh and fleshy enough to make the paste with. They suggested that the federal government invest immediately in purchasing such lands, importing the seeds and empowering farmers. On the directive of the Presidency, this was immediately implemented. But take this:
"It will take 7 years to have the yield required for tomato paste production".
Three months down the line and Atlantic FM play host to Mr. Ufot Ebong, the SSA to the Akwa Ibom State Governor on Technical Matters & Due Process, and brain behind the Akwa Ibom Enterprise & Employment Scheme (Akees), in a town hall meeting - discussing Job Creation in Akwa Ibom and the role of Akees.
As this noble man cleared questions at Akees reintroducing the scheme with kegs of enlightening details, he mentioned this nationally wanted commodity - the ‘cann-able’ tomato paste.
He explained that Akees had discovered a man in some corner of Mkapt Enin in Akwa Ibom who plants and harvests the very same produce, achieving an unbelievable quality without any help from the government and without seeking attention. The man gave him some of his produce and Mr. Ebong said his family, widely travelled, could not believe their eyes. It was blood red, and bubble succulent.
Immediately, I decided to carry out some check on the said man. What I found is just as amazing.
The man owns a business he calls Benny Farms Ventures(BFV); had brought seedlings of this tomato specie back from next door Cameroun, planted it small scale and was selling his produce humbly, without noise. Of course Akees have set in, and today they have a pregnant partnership.
BFV have a 30 hectare land that has now been committed to a large scale project that will churn out close to 20 tonnes of this produce every 5-6 months. They had brought in much more together and seeded in January. They expect to harvest in 2 months.
It still is very expensive to process and can the tomato, but Akees have a brilliant idea for a remedy. They are working behind the scenes to fine-tune skills of metal fabrication in the state, so that the equipments for processing and packaging (canning) can be ready before machine importers notice you. Better machines will be acquired in due course, though.
I spoke with an Akees coordinator this morning and we already agree that they will look to packaging the paste in sachets. This stuff must hit the market.
What I did not share with Akees yet is that I know someone who cans the paste here in Nigeria. My man at Lagos told me that he, along with the other headline tomato can manufacturers in Nigeria, have to import the paste in drums and in smaller cans. He also hinted that President Buhari has raised the excise duty for importing in small cans to 50% and crashed that for importing in drums to 5%. In other words, while Akees/BFV have to innovate ways to package the coming produce, packaging factories outside Akwa Ibom are desperate to find where they can get the paste from. I know they will find themselves. Methinks that good news has arrived our society.
In the meantime, I have learned that the Akees-BFV partnership involves 50 other people who will replicate this farm in other Local Governments of Akwa Ibom. Do the math and you will see what Akwa Ibom will look like in another
The market may expect tomato paste in commercial quantity not in 7 years as Abuja anticipates, but I dare say, in 2 months.

Uduak Umo
PR/Media Consultant
Find me on Twitter on @umo2013