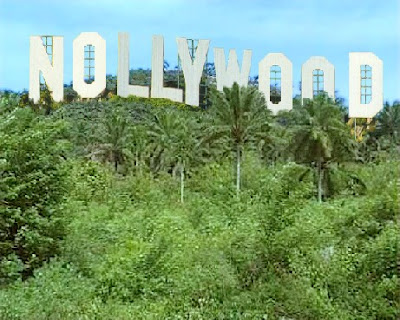 I stumbled recently on a Justin Bieber music, and my attention was arrested. Reason: I heard on it a beat we used to play and dance to on Calabar streets in the mid 90s.

That beat was in every Orthodox Church praise session, by way of handclaps; some kind of 4/4 played in soukous music. I've also heard other West African native music beats on a number of pure whitey disco music.

My confession: I've been a Nollywood/Nollymusic naysayer for long. But now, I'm a believer in those industries. This country can funnel back capital that takes flight through corrupt oil sector management, through Entertainment.

We can recruit a patriotic citizenry, we can revive dying dialects, we can revolutionize West Africa's economy, we can make blackness popular, we can even colonize foreign countries; there's so much we can do using our Arts. We need information, we need strategy, and we need the will to initiate and to sustain the strategies.

Now, I can't be blamed that much for not having faith in our creative productions; the PR manager in me just could not see the value in what we did back then. There was always something tacky about the best of those works. Of course, the terrible ones were simply thrash worthy.

The sound in the music was always so Nigerian that no matter a singer's accent, I could tell when the production was made in Nigeria. I didn't even need talent to sniff it out. Even as a kid in the 80s, it came easy to me.

I give it to those who had faith while we made jest. Those who built these industries did not need our encouragement to concentrate on their productions. Their determination pulled them through onsite of our attitude towards them. Today, the Nigerian movie industry rakes in about $250million yearly, adding 2million jobs in 20 years.

All those Iweka road, Ossy Afason, Alaba, FilmOne, Afrinolly and their pirates; they've all contributed to the industry. Yes, the pirates deserve to be arrested, but their crimes have also spread the industry out.

Now, if the Government want to mould the image of Nigeria favourably, at home and abroad, I have a PR advice for them: they better invest in these industries again. Invest and then take interest in some scripts, especially the ones that can stoke positive sentiments.

Invest in fighting piracy; invest in building film villages. Conserve the environment; invest in international promotion. Let me stop here, before I donate free consultancy, too much.

If we failed to believe in our own products in time past, due to poor quality would we still be justified today if we look away? If we don't, check this, some foreign power will move in, and 'he who pays the piper will dictate the tune'. Agreed, we're not quite there yet in terms of competing with the other two world class movie industries, Hollywood and Bollywood; but in terms of turnover, we're number one. Beat that?! Here's the time to step in and catch up before our own homegrown effort is beyond our reach.

Uduak Umo is a PR Professional and public interest researcher. He is also a music director. Follow him on twitter @UdyUmo﻿
FEATURE Film music Opinion