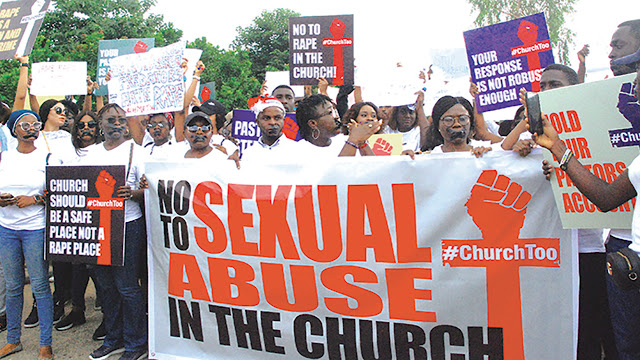 When crisis hits an organization or influential individual, the reaction will either be Public Relations or propaganda. If he seeks to communicate honestly with his affected publics, admits his areas of wrong, offers to restitute where he had offended the other, makes full disclosure of facts in his possession - at least to his direct publics, he/the organisation has made a PR response.

If they talk tough immediately, or attempt to stoke emotional support, that is not PR but propaganda.

Propaganda is not necessarily lying as many believe, but it never achieves lasting solution. It leaves both accused and accuser hurt, one on the short term, the other on the long term.

Whenever there is an attempt to steer attention away from the issue at hand, this is not Public Relations.

Commonwealth of Zion Assembly, COZA, an urban styled Pentecostal church in Nigeria has been trending lately. For both negative and positive reasons. While rumours of the Pastor's sexual escapades climaxed at an accusation of rape, taking the church and pastor to top of Nigerian trends, his supporters and Church media have also jumped on the trend to push out messages of support and endorsements from themselves and from respectable figures all over the world.

So, there is talk of his wrongs and talk of his rights at the same time. This was an opportunity for them to go humble, go PR. Yet they designed their own publicity response which is a mix of PR and propaganda. Here;

1. Canceling an upcoming conference. This move was excellent in showing some respect to public sensitivities.

2. Inaugurating a prayer meeting immediately. As followers of the Christian faith, prayer is the expected immediate response to issues like this. Imagine they added this to proper Public Relations and not all these propaganda techniques all over the place.

3. Encouraging his members against responding to protesters the Sunday after the accusation was classy. The Pastor truly came across as quality and mature here.

4. Not Embarking on Advertisement campaign. Or have they? At the time of writing, I'd seen no billboards, no TV commercials blasting about COZA's righteous deeds and charity. This is highly commendable, because, we all know they can afford this. Maybe some adviser is even suggesting it.

5. Stepping down from preaching. It is obvious the accused has not stepped down as administrative head of the church, but he has at least stopped preaching. It shows he has taken cognizance of the public outcry against him. Side by side with Nigerian politicians, the pastor has scored a super vote in this.

1. They had a testimony session where women testified about Pastor Biodun's ministry and how they benefited. Hello? Are you launching emotional appeal in his favor at this time? That is propaganda, not PR. You're avoiding the issue, to promote positive reviews of the product in an issue as sensitive as 'Pastor is a rapist!'

2. COZA members making videos on how much they love COZA in the midst of public outrage. This activity must have been encouraged if not requested, seeing it was not outright discouraged.

3. He published an unsigned denial/threat letter on Instagram immediately following the Dakolos' bomb. Rumours of this man's irresponsible sexual life are louder than hush-hush beginning in his church and in Abuja. It's a little too loud for the rape accusation to be dismissed as mere allegation; emphasis on 'mere'.
You may say he has not raped anyone before - up to the State to verify - but, surely this smoke is not without fire.

Looking at the letter through the screen of too many multiple rumours amongst COZA members and the Abuja Christian community, the letter appears arrogant. In a PR response, you cannot afford to even appear arrogant.

4. The endless wait for a 'robust response'. In 2013, former associate of his church Ese Walter accused this same pastor of inappropriate sexual relationship. He promised a 'robust response' which never came. It is either he has nothing worth listening to or he had hoped for the accusations to die a natural death - propaganda!

5. Extended silence! This needs to be treated standalone. No press conference, no open press interview, no contact with a doubting public, how do you ever repair the damage done to your image and by extension that of the faith you represent? Can't happen!

6. Reposting old media content of influential people speaking well of COZA and Pastor Biodun. This is cheap publicity. And no person of credible influence wants that. How many of these men have come out now to speak of their support for him? Rather respectable Christian leaders have only had a scripture to share - they won't make a statement on an issue not yet verified through credible investigations, but they have found an opportunity to rebuke callous unchristian behavior by Christian leaders - Sam Adeyemi, Poju Oyemade, Nathaniel Bassey, E. Adeboye. Their responses show no support for sexual rascality, none for rape, although they do not judge the accused.

7. Ignoring Kemi Olunloyo of HNN Africa. She's making a mess of the entire issue enough for her to trend alongside. If you did not pay her to do this, denounce her. Otherwise, you're either benefiting from or at least enjoying her so-called investigative journalism.

8. How come you agreed to involve the police in a matter of this nature? How come it was easier to write a petition to the police than to reach out to the Dakolos directly and immediately? Timi Dakolo, husband to the accuser had been expressing bitter disgust at the COZA pastor's sexual activities claiming it is well known, since 2018. How come the hierarchy of leadership did not reach out to him at once? Rather, when it became sensational, they turned to the Nigerian police, an institution that no Nigerian has confidence in. Not disappointing, they jumped in on the matter, and were soon getting called out loudly for unprofessional conduct raising suspicion of - their usual label - the brown envelope.

Addm:
The crowd of locals who embarked on a counter protest against the #ChurchToo protest in Abuja did not appear to be COZA funded; just an opinion.