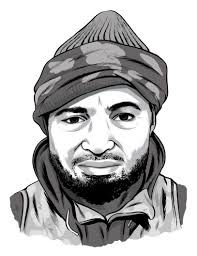 With a bounty of $7m on his head, Mr Shekau is worth more to the Western World than any other outlaw in Africa. Most of what is known about the continent's most notorious terrorist derives from his terrorist sermon videos.  Having lost over 15,000 civilians and military personnel, expended billions of dollars, through 6 years hunting for him all over North Eastern Nigeria, the Nigerian military have come out with claims of having killed the man. As at last count, he had been killed 4 times, and 4 times he has resurfaced - 3 times with a video and the last time with an audio. 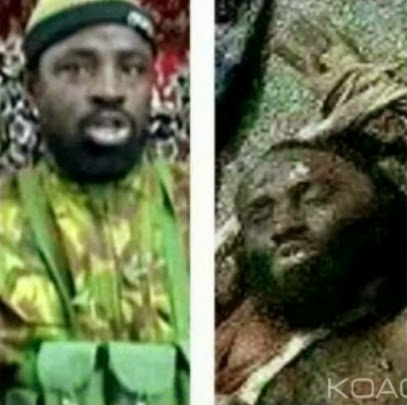 As Boko Haram attacks continue to spill across Nigeria's borders into Chad, Cameroon and Niger, Shekau's profile continues to rise. He has earned his place as the earthly concern of 4 presidents and others are getting interested. More world leaders now want him dead.

Chad's president Idris Deby is latest to claim the death of Shekau; the claim to which the terrorist (or a double) has since laughed at. One wonders though, if he were still at large, would he not release a film in his usual robust pattern? Perhaps he is indeed alive; maybe injured, maybe in hiding, it is impossible to say. What we know of him, with reference to an American profile of him, is as follows;

From the U.S. State Department’s Rewards for Justice

He studied under a muslim cleric and then attended Borno State College of Legal and Islamic Studies for higher studies on Islam.That’s why he’s also known as ‘Darul Tawheed,’ which translates to an expert in monotheism, the oneness of Allah.
He’s A Polyglot
He speaks several languages fluently: Hausa, Fulani, Kanuri and Arabic. But English isn’t one of them.

He  Doesn't Speak English
He's never been heard speaking English. CNN's profiling of him wonders why he would "After all, he heads a group that rejects all things Western".

He’s A Loner
Analysts describe Shekau as a loner and a master of disguise. He does not speak directly with members, opting to communicate through a few select confidants. He uses many aliases: Abu Bakr Skikwa, Imam Abu Bakr Shiku and Abu Muhammad Abu Bakr Bin Muhammad Al Shakwi Al Muslimi Bishku among them.

He Was An Unruly No. 2
Boko Haram was founded by Mohammed Yusuf, a charismatic, well-educated cleric who drove a Mercedes as part of his push for a pure Islamic state in Nigeria. He wasn’t too effective as a leader and had a hard time keeping his second-in-command in check. Shekau was more radical and had grander designs.

Mohammed Yusuf was killed in a security crackdown in 2009, along with about 700 of his followers. That left Shekau in charge. He vowed to strike back, and his group has spared no one: government workers, police officers, journalists, villagers, students and churchgoers. It is estimated that over 15,000 people have died as a result of his campaigns.
He’s Keeps Ressurecting
The Nigerian military has touted Shekau’s death several times, only to retract its claim after he appeared alive and vibrant in propaganda videos. They almost got him in September 2012 when they raided his home, where he had snuck in for his six-day-old baby’s naming ceremony, according to the International Crisis Group. He managed to get away with a gunshot wound to the leg; his wife and three children were taken by the military.

He Uses Islam To Recruit And Radicalize
Northeast Nigeria, where Boko Haram has been most active, is economically depressed and among the least educated regions in Nigeria. It seems Shekau has done a good job of convincing residents that the powers in Abuja are corrupt and a better system of government would be a strict enforcement of Islamic Sharia law across Nigeria. And his promise, coupled with a weapon and a license to plunder, has been enticing to hundreds of young men.

… And The Government’s & The World's Response Has Been Less Than Impressive
From the administration of Goodluck Jonathan to the present, that of ex-military dictator Muhammad Buhari, have not been able to contain Shekau. From playing politics with the issue, to ignoring the free flow of tribal sentiments, to accusations of reprisals for 1967's civil war, to widespread accusations of human rights abuse by the country's military to cries of double standards by military authorities and reactions in mutiny, even to questionable publicity campaigns by a previously uncaring international society - there has been a lot that the country and the world have done that Boko Haram have immensely benefited from.

He’s Exporting His Brand Of Terror
It is no longer news that Boko Haram have taken their ambitions beyond Nigeria. And they seem to have informal links with militant Islamist groups in Mali and Niger. And are claiming allegiance to ISIS.

He doesn't Make Empty Boasts
It was in May 2013 that Shekau first announced in a video that Boko Haram would start kidnapping girls. The kidnappings, he said, were retaliation for Nigerian security forces nabbing the wives and children of group members. But Christians in that part of the country would tell you that Boko Haram has been kidnapping people for a very long time. However, since Boko Haram followed up their threat by carrying out more significant abductions of girls, the world began to consider Shekau as a man who doesn't make empty boasts. Concerning the 276 Chibok school girls, he taunted; “I abducted your girls,” with a chilling smile in a video.

The World Made Him A Celebrity
After having bombed towns and cities and attacked schools for long, there was sudden news of a Boko Haram attack on a secondary school in Chibok from which 276 school girls were said to have been abducted. While it is true that the terrorist group have abducted thousands of girls from towns that they have attacked, it seemed highly unlikely that the 276 girls story was true. The president, then denied it for sometime and his opposition along with an antagonist international society went for his head for denying it until he seemed to succumb to pressure and admitted. Now that the girls have not been found, despite the military having searched next to everywhere, Nigerians who stuck to their belief that the story was a sham-alarm are exonerated - let's see how things go in few more weeks. But by then, the world have made Shekau a celebrity from behind the #BringBackOurGirls campaign from Abuja to the White House to Hollywood.

Meanwhile, There’s A $7 million Bounty On His Head
Shekau has been on the radar of U.S. officials since he came to power in 2009. In 2013, the United States  officially recognized Boko Haram as a terrorist group and put a bounty on Shekau, offering a reward of up to $7 million for information leading to his location.

And He Has Made Many A Military Officer Rich
For every assignment a soldier, or mobile police man for that matter, is sent on, he returns either dead or richer. As we reel under the number of military men Nigeria has lost to Boko Haram insurgency, imagine how many have become richer for returning alive. Meanwhile, let's pretend that accusations of Military officers feeding fat off the entire fight against insurgency are false.