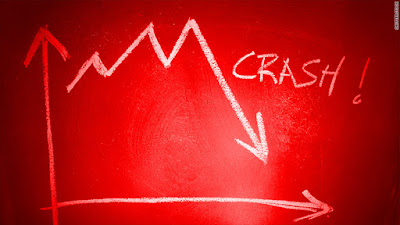 The fall in the prices of stocks at the Nigerian Stock Exchange has hit an all-time Nigerian low, necessitating the activation of the Index Circuit breaker by the NSE. This implies that on Monday 18th January, the Stock exchange did not trade.


Approved since May 19, 2014 by the Nigerian Securities and Exchange Commission, the Circuit Breaker has never before been applied in Nigeria. And that is because the economy of the nation had never before fallen this low.

This failure situation at the Nigerian stock market has been caused by the mass exodus of foreign investors away from Nigeria, due to a well documented uncertainty over the foreign exchange policy of the Muhammadu Buhari administration, along with unrelenting fall in global oil prices.

A Lagos based investment analyst explains; “Investors are panicking with oil prices having dropped significantly in the past week. It’s the NSE trying to manage the market so that the All Share Index doesn’t significantly decline.”

This portends grave concerns for the Nigerian economy as it has the propensity to drive the remaining investors into mass scare. China had to end their circuit-breaker recently after they discovered that rather than save their stock market, the controversial circuit-breaker sent their investors rushing out on days of decline in stock prices.