IN NIGERIA 'POLICE IS YOUR FRIEND'. REALLY? PR LESSONS FROM THIS...

August 02, 2018
According to the theory of cognitive dissonance, "The mind cannot hold two contrasting ideas at the same time, the mind either accepts or rejects the new idea". (based on Socio-Psychological or socio-cultural biases). The police's mantra says, *"Police is your friend"*, The people say, *"Police is not our friend"* (according to an NOIPolls, 52% of respondents said 'No' to the question 'would you say a police officer is your friend?'). 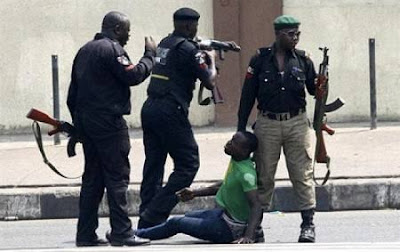 One of the ways of removing/reducing cognitive dissonance is to present the new idea from another angle.

CSP Dolapo Badmus has done a marvelous job in finding a new angle. She is doing a very good job telling the story of the police through entertainment and using it to connect with the youths. And I must say, people love her especially on social media. I don't think there has been any police spokesperson that has enjoined this type of popularity & admiration among civilians.

But her recent interview in the Vanguard newspaper has created a storm in the social media.

This accounts for why this headline has generated lots of negative reactions on social media reigniting the *"We vs Them"* mindset that her Youth Engagement initiative was trying to change.

A recent study in cross-cultural crisis response strategies shows that *"stakeholders respond negatively if they perceive that the response strategy of an organization is defensive (denial/Attack)"*.

This is evident in the reactions on social media and even to her post on the platform.

This headline may be setting the police on a collusion course with its target audience (unintentionally).
I used unintentionally because the headline doesn't reflect the salient points discussed in the interview.

*Some lessons we can learn from this case are*

Before any interview, have a talking point. This is the essence of your granting the interview. It is very important to make a list of information or knowledge you wish to share with the audience and how you intend to communicate it effectively.

2. Focus:
No matter how prepared you are with your talking points the journalist will try to drag you into his/her own area of interest usually controversies, crisis or conflicts. And this may give room for misinterpretation. In fact, the headline of the same article on a blog is *"Many Nigerians lie about SARS attack on social media - Dolapo Badmus"*

And taking such position on that sensitive issue may erode her gains in engaging the youths.

As Communicators you must learn how to tactfully resist this attempt to drag you into this issue. There are some strategies experts have recommended.

3. Soundbite:
This is a really powerful tool used by the media to sensationalize a news item in order to attract readership/viewership.
Soundbites are memorable, attract attention and also aid recall.
For Instance, if I say
*Stealing is Not Corruption*

*My Wife belongs to My Kitchen*

*Padding is Not Corruption*

Those headlines caught our attention, got us to read those stories & I'm sure we all remember the stories and how well the papers sold then.

So, when granting an interview be careful not to give the reporter a soundbite that will work against you.

For instance.
In the interview CSP Dolapo talked about the wonderful experience of her trip to China for the cultural exchange program between China and Nigeria to understudy each other's security matters.

In her words, *"It was quite an enriching one that explored some technology advancement in combating crime in this new age"*.

The above statement didn't form the headline.
*"The Nigerian Police Explores Technology in tackling Crime"* won't sell the paper because she talking about her organization.

Then journalists brought up the issue of #ENDSARS on social media.

She replied,
"Well, the issue of this squad called Special Anti-Robbery Squad, SARS, and its operational model has been *over flogged* (soundbite) basically on the social media platforms".

And this made the headline. Why?

Because it fuels the controversy of #ENDSARS on the social media by positioning her as downplaying victims ENDconcerns/complaints about SARS officers.

This will definitely attract readership and generates more reactions from different stakeholders. And in actual fact, it massively did.

George Bernard Shaw once said, "The single biggest problem of communication is the illusion that it has taken place".

As Communicators knowing what to say is not enough, we must know when, where and how to say it in such a way that it will reflect our set communication OBJECTIVES and the understanding we want the target audience to have.

Originally written as COMMUNICATION WITHOUT COMMUNICATING by
Ishola Ayodele