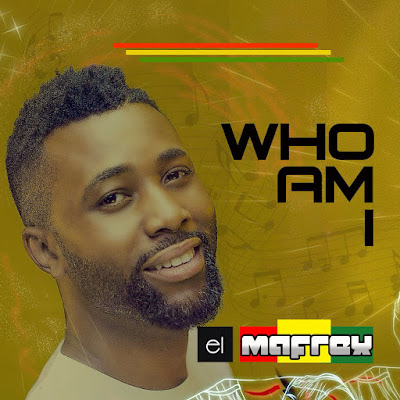 El-Mafrex’s latest album ‘Who Am I’ has been dropped today. It’s been a little while of silence from Scotland’s first nominee to the MOBO awards in the Gospel category, the Nigerian born ‘Rhythm-in-the-Air [RITA] crooner and fine gentleman we’ve known for years as ElMafrex; but apparently he’s not been silent after all. He’s been planning some earth-shaking release, and it has dropped today.

For a brief introduction of ElMafrex; 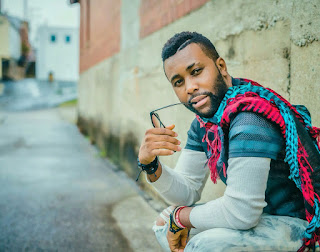 He is Nigerian born, of Akwa Ibom origin and grew up in Nigeria, before moving to Scotland. He was nominated for Best Gospel Act consecutively at the 2012 and 2013 editions of the Music of Black Origin Awards. He won Artiste of the year and Urban Recording of the year at the 2012 Scottish New Music Awards, making him the first black man to win the SNMA. He now resides in Jacksonville, Texas.

The 16 track album ‘Who Am I’ is already gathering international reviews, as Mafrex had been, over the years, amassing an incredible followership from different corners of the world. Before I bring you the review below, please download the songs as follows;

On other platforms, it is also available via this link for free downloads of some of the tracks  - Click here

Here is one of the reviews, by a leading female blogger.
Remember el Mafrex, right? Nigerian man who walked into Scottish music scene some four years ago and grabbed the urban music of the year and the much coveted artiste of the year awards during Scottish new music awards, making him the first black man to win the SNMA? Well, he stormed the gospel music scene but seemed to have fallen off the face of the earth soon not long after. I always wondered whatever happened to him. Well, I finally caught up with him and what he has been up to; he has not been silent after-all. He has been cooking up some gospel beats in the U.S. of A., and we get all of them on his new album, “Who am I?”

Being that I have been a fan of his music for years now, I have decided to do a review on this new album. The album has 16 tracks including, “Rhythm in the Air,” a song he did while in college, “That man from Galilee and Jehovah,” two songs that became anthems in Scotland.

So, the first thing I like about this album is el Mafrex’s ability to switch between several genres while still praising God in the process. Throughout the album, you will hear a variety of music ranging from gospel hip hop to rap, rock, RnB, and pretty much everything in between.

I randomly listened to the tracks on the album and here is my take on the few I have listened to. Track 3- "Just like a shooting star" is a great song for this generation because, Jesus is gradually becoming infamous. The song is just the reminder we need about the second coming of Jesus Christ. I love that it is un-watered. He spits the truth about rapture exactly the way it is, encouraging Christians to keep waiting. What I also loved is the intensity and clarity in which he raps in this song. It’s rap, but he does it in such a way that everyone gets the message.

Track 4- "No one ever cared for me like Jesus - Immanuel" is a remake of an old hymn with the same name. I remember in high school when we had to sing hymns during morning devotions. Trust me, if our morning hymns sounded anything close to this remake by el Mafrex, I wouldn’t have avoided devotions like a plague. He completely stripped down the verses and the melody and recreated a pop hymn (If there’s anything like pop hymn).I love it. I love it.
Track 5- “Bounce - Remix” is a rap. I see that he did a remix of track 15. What’s the difference between the two? Well, the original one for me is rap in its purest form. It makes you want to get up and dance, but in a big boy way, lol. All I could picture was grabbing a pair of Steve Madden hi-tops, with dark sunglasses and my bible and just letting myself go- inna me sty-le. This version is great for those who just love the feel big effect of rap. The remix version is a great rap too, but this version is for those who love ragga, with a little melody all intertwined.

I was so eager to get to track 7-"let me see you praise" which features Rising Star season 1 star Yucy. As the song says, if you looked my way, you definitely would have seen me praise. Grab your dancing shoes because, this is dance. I especially love the part that says, “I’ll boogie down like yeah yeah.” I tried to listen to this one once, but the intriguing and Creative African percussion would only encourage you to keep dancing. This song right here is a winner.

Track 9- "How I feel" is also amazing. Remember when I said the album spans across genres? This one I would call, “Rap meets RnB.” He featured XFactor alumni, Adam Vanhoose. Adam’s unbeatable soprano and Mafrex’s rich baritone makes this song very interesting to your spirit.
"Keep working" is great too. This is an inspirational song to encourage you to never give up. The trumpets and Sax at the beginning makes this song different from the usual never give up song. I am yet to listen to the rest of the songs, but so far, I’ll say kudos to el Mafrex. With the songs I have listened to so far, I totally understand why he went quiet; some great inventions are made in silence. I don’t know which is my favorite yet because, so far I love all the ones I have listened to.

It is also available via this link for free downloads of some of the tracks on the album - http://tinyurl.com/elMafrex-WhoAmI

Who Am I by el Mafrex on iTunes
Preview, buy, and download songs from the album Who Am I, including ”That Man from Galilee (feat. Dave Brackenridge),” ”Jehovah (feat. Royal Foundlings),” ”Just Like a Shooting Star,” and many more.
Entertainment gospel music music