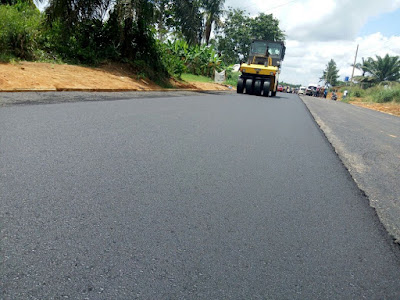 Sometime in July 2016, precisely at the London Hilton Metropole Hotel, I had a heated debate with some my friends, mostly Britons on a wide range of issues of international concern, particularly, the Welfarist inclinations of PM Teresa May and the incessant terrorist attacks on France under Francois Hollande and others places in Europe. The logical insights brought to bear by these gentlemen compelled me to admit that society plays an important role in the development of one's intelligence quotient.

With unprecedented ferocity and strength of statistics, these 'guys' were so opposed to the policies of the French President, whom they all agree, lacks passion and political will to guarantee adequate security in France. In the words of one of them, "Hollande has got no passion for leadership". Though their argument neglected certain cultural and historical dynamics which, if thoroughly explored, could proof my erudite friends wrong, I maintained my cool for personal reasons.

Passion in Leadership and Politics means 'the central energy which drives meaningful development'. It is also the strength invested by a leader in the process of achieving his goals and mandate. A leader who has passion is driven forward from the energy it produces. When it comes to leading yourself and others, passion and energy are essential. An American leader once said, “Without passion, you don’t have energy; without energy, you have nothing.” Leaders who have passion also bring energy into what they do.

This leadership asset has eluded most African leaders from the decades of independence, so much, so that, the most charismatic ones fail for lack of passion. The failure of the Lagos Plan of Action of 1980 and the New Partnership for Africa's Development, NEPAD, among other noble initiatives, were due to lack passion.
If passion could lead to successful reforms, ignites meaningful development in a society, then Udom Emmanuel, the Governor of Akwa Ibom State, is a case study of a leader in the West Africa and the Gulf of Guinea in general, whose drive for infrastructure expansion, job creation, poverty alleviation, industrialization and the overall economic rejuvenation is meteoric.

"Governor Udom Emmanuel is an embodiment of what defines a generational leader. He's got to the topmost echelon in financial management, he's got the character, he is prudent, he is focused and above all, he's got the passion to drive superior performance. Akwa Ibom people cannot be asking for more at the moment", said an erudite Professor of History of the University of Lagos.

Mr Emmanuel's methodological approach to leadership is a negation of 'absolute power which corrupts absolutely". He sees power as an avenue for 'value creation' as exemplified in his 5-points Agenda of infrastructure expansion & consolidation, wealth creation, poverty alleviation, economic and political inclusion, job creation.
Infrastructure expansion is one cardinal agendum which Governor Emmanuel has carved a niche for himself. His conceptualization of development which he has variously elucidated is aimed at putting the state on the world's infrastructure map. His approach which seeks to create 'growth poles' aligns with the Dubai example under Sheik Maktoum bin Rashid Al Maktoum, under whose reign Dubai became the shopping hub of the Middle East. He simply got the basic right by having the passion which resulted in sound policies.

Governor Udom Emmanuel is also embarking on an ambitious and robust road projects across the entire state to connect the hinterland with the markets where the farm products are needed. The Etinan-Ndon Eyo dual carriage road which is at advanced stage and the Eket- Ibeno dual carriage road which networks the industrial enclave of Eket, particularly the Qua Iboe Terminal of Mobil with the rest of the world, are infrastructure masterpiece which would give the needed boost to the industrialization process in the state.

The economic importance of these roads cannot be overemphasized. They will facilitate easy movement of agricultural products, particularly, to the major markets in Eket, Etinan, Ikot Abasi, Onna and Mkpat Enin, implying that productivity would be enhanced.

It will also facilitate the urbanization of these areas following unimpeded movement of people to and from these emerging cities for economic and residential purposes. This theory aligns with the Neo-classical persuasion on globalization of infrastructure in the developing economies.

Governor Emmanuel Urban Remodeling Program has also complemented his drive for infrastructure expansion in the state. This is evident in the ongoing renewal projects in the urban centers in the state. Appareled with modern street furniture, it is expected that these areas would compete favorably with great cities in West Africa. Urban remodeling in Akwa Ibom under Governor Emmanuel is aimed at giving the state a sense of place, providing an avenue for 'psychological escape'- an opportunity to think in a relaxed and ambient atmosphere.
Governor Udom Emmanuel has got the basics right in the execution of his 5 point Agenda, which formed the crux of his electioneering campaign. His passion for superior performance as exemplified in the appointment of qualified and time-tested personnel into his cabinet and the formulation of sound policies accounts for the successes of his administration.

The leaders of South-East Asia, Dubai under Al Maktoum got the basics right by having the passion for development, evolving sound policies and these economies are currently recording impressive growth rates. Akwa Ibom under Governor Emmanuel cannot be an exception, as it is the rising 'star' in the Gulf of Guinea.

Uwemedimoh Umanah, a PR Practitioner, writes in from Eket
FEATURE