Even seasoned writers can slip up on grammatical tenets with ever-tightening deadlines, burdensome workloads, and looming burnout. 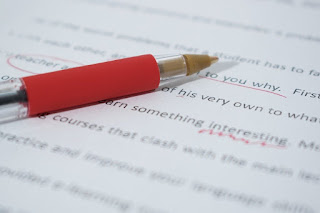 Here are five to refresh your memory:

These days you can’t swing a dead albatross without hitting this construction:

He bought peanuts, Cracker Jack and went to the ballgame.

The series is shown to be flawed by removing the first two elements:

He bought peanuts, Cracker Jack and went to the ballgame.

He bought went to the ballgame.  Really?

Better to recast it:

He bought peanuts and Cracker Jack and went to the ballgame.

In all likelihood, he opted to root, root, root for the home team, as well.

So instead of this:

For some reason, this gaffe is more commonly seen when there is a first-person singular pronoun (I, me) and a person’s first name.

Me and Reva are going out.

Be sure to tell Gwendolyn and I when you’re ready.

Reva and I are going out.

Be sure to tell Gwendolyn and me when you’re ready.

When in doubt, toss Gwendolyn out. Then you can see whether I or me should be used.

Following that approach, we see it should be:

Be sure to tell Gwendolyn and me when you’re ready.

Be sure to tell Gwendolyn and I when you’re ready.

READ: 52 Transition Words And Phrases To Keep Your Writing Whole And Well Knit.

This is usually used incorrectly.

Whomever leads the committee will have a difficult task.

Give this to whomever leads the committee.

In both cases, it should be whoever.

First, the technical reason and then a handy hint:

In each case, whoever is heading the committee is a noun clause; grammatically, it’s a solid block. Within that solid block, the grammar holds: The verb leads requires a subject (nominative case, which here would be whoever, not the object whomever).

OK, now for the handy hint: Sub in “the person who/whom” and see which works better.

The person whom leads the committee will have a difficult task.

No.  Instead go with:

The person who leads the committee will have a difficult task.

Give this to the person whom leads the committee.

Give this to the person who leads the committee.

This sort of thing is ubiquitous these days:

Planning your podcast and measuring its effectiveness is essential for success.

Note that we have two distinct subjects in this example: (1) planning your podcast and (2) measuring its effectiveness. Yet often—exceedingly often—a writer will use a singular verb form, in this case, is. In such instances, use are or the plural form of whatever verb applies.

Planning your podcast and measuring its effectiveness are essential for success.

Some compound subjects—those that depict a monolithic entity—can be treated as a single item:

Mergers and acquisitions was a major trend in banking in the 1990s.

Rushing into the kitchen, Olga’s dinner was spewing smoke.

This suggests that the dinner itself was rushing into the kitchen. (It must have been fast food.)

Rushing into the kitchen, Olga saw her dinner was spewing smoke.